Welcome to the ONA

The Onslow Neighbourhood Association is a charity formed in 1973 to protect and enhance the residential and environmental character of the Onslow area in South Kensington. It promotes the interests of residents with its membership being local residents. It aims to be a strong voice to safeguard the interests of the local residents. This work is undertaken entirely by volunteers and is funded entirely by membership dues. The Association is non-political and not-for-profit. 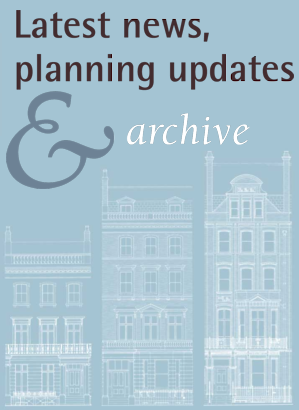 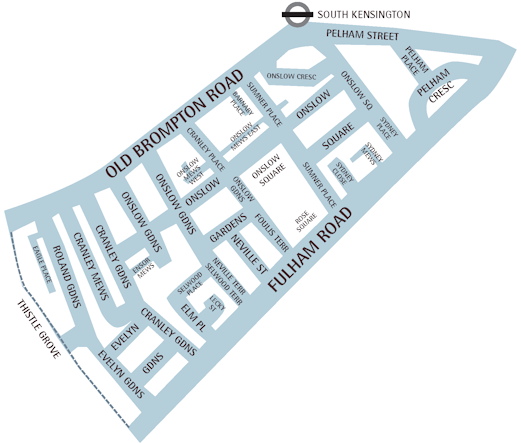 The objectives of Onslow Neighbourhood Association

The Onslow neighbourhood is one of the most attractive areas in London and is a Conservation Area with many listed buildings, making the area of special architectural interest. ONA devotes a large part of its time to protect this, particularly by keeping a close watch on planning and license applications. However other issues on which the Association maintains a strong interest include:

ONA recognises the diversity of residential and commercial interests and uses of the local area. This is part of what makes this area so special. But maintaining the special character of the area requires vigilance and an unwavering determination from the committee and ONA’s members. The local area remains under constant pressure of residential and commercial evolution. The excavation of basements and the spread of restaurants/cafe chains seems unrelenting. An issue which has come into focus in recent times is the so called ‘night time economy’. This, too, puts pressure on the local area as licensed premises often require permission for later opening hours and the provision of outside tables and chairs. In recent years RBKC has favoured the interests of commerce over those of the local residents. ONA scrutinises those applications which appear to go against our objectives, and objects where appropriate to the relevant committee at RBKC.

ONA’s aim is always to uphold the rights and amenity of local residents.

What is not part of our brief are relationships between Landlord and Tenant, or rents, or property values.

ONA devotes a large part of its attention to Planning and Licensing. We do this by, among other things, monitoring the weekly applications in the neighbourhood. Even if there is an application just outside our area that seems to conflict with our objectives, we will make an objection in order to avoid the ‘leap-frogging’ of bad architecture into our area. We are not an island, but part of the larger South Kensington area of the Royal Borough of Kensington and Chelsea (RBKC).

Our Committee members often attend meetings of the local council, and are in contact with Police officers from the Borough’s safer neighbourhood teams.

The intention to develop South Kensington Station, and the area around the Station by Transport for London (TfL), remains at the forefront of ONA’s mind. ONA participates in consultations with TfL as various plans come and go over the years; but the intention to develop it remains. ONA welcomes positive development that is consistent with the interests of the local residents, as well as local businesses.

It also often makes representations to the local authority on issues such a planning applications and the licensing of bars, restaurants and clubs in the local area.

The Association also hosts the only garden party permitted in Onslow Square. This is a unique opportunity to meet your neighbours, councillors and representatives of other local associations.

The functioning of this Association relies on the support of the residents in this neighbourhood. Please join. In return for your support, you will receive email updates of important issues in the local area, a copy of our annual Newsletter and will be kept informed of the date of our annual Garden Party. You will also receive notices to enable you to attend the Annual General Meeting, where you can make representations on the local issues that matter to you. 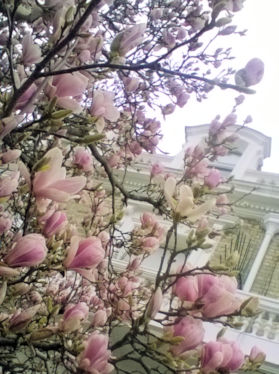 ONA’s president is Julian Lloyd Webber and we are grateful for his support over the years, as we are to all our members who contribute to the continued success of ONA.

Copyright The copyright subsisting in the text and images displayed on this site is owned or exclusively licensed to the Onslow Neighbourhood Association. It will take all such steps that it considers necessary to protect its rights.

To report building material or rubbish blocking the road or pavement:

MET POLICE 101 or go to www.met.police.uk and click on ‘Report’ box.

Call 999 to report an emergency.